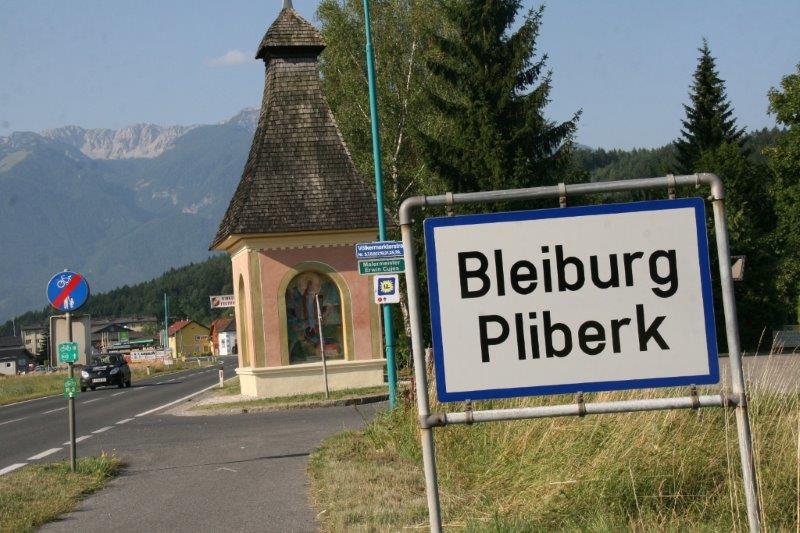 Bleiburg (Slovenian Pliberk) is a bilingual municipality with 4072 inhabitants (as of January 1, 2018) and district court seat in the district of Völkermarkt. The municipality is located in the Jauntal valley, at the foot of the Petzen mountain. It owes its name to the former mining industry. The municipality lies on the Jaunfeld south of the Drava River (in southeastern Carinthia) and borders on Slovenia. The main town Bleiburg is about 4 km away from the Austrian-Slovenian state border. Of great economic importance is the Bleiburg meadow market, which has been held every year since 1393 on the first weekend in September and attracts over 100,000 visitors. Bleiburg is also home to the well-known volleyball club Aich/Dob. The municipality has many sights. Bleiburg Castleis a Renaissance building owned by the Counts of Thurn-Valsassina. Originally built in the early 12th century on a hill overlooking the town, most of the present structure dates from the early 17th century. The Werner Berg Museum and the birthplace of Kiki Kogelnik are on the main square. With two houses of culture, the Kulturni dom and the Grenzlandheim, Bleiburg has two modern houses of culture and events; with many cultural connections and a variety of cultural events, Bleiburg has earned the nickname “cultural city”.

Business location Bleiburg: The municipality of Bleiburg has a broadly diversified mix of small and medium-sized businesses, most of which have settled in the area in and around the city of Bleiburg. Due to the long existing connection of Bleiburg to the southern railway line and in the future also to the new Koralm railroad line as well as the quick accessibility by road, among others via the Lippitzbach bridge (Dr. Jörg Haider bridge) built in 2005, our municipality offers an attractive location for business settlements. The immediate vicinity to EU-member Slovenia also offers interesting opportunities for business development and cooperation. In addition, Bleiburg as a regional centre has important supply and educational facilities and is an attractive place to live due to its rich shopping, leisure and cultural offerings. There is still sufficient building land dedicated to commercial and industrial use available for the establishment of businesses.

You can find out more about which cookies we are using or switch them off in settings.

This website uses cookies so that we can provide you with the best user experience possible. Cookie information is stored in your browser and performs functions such as recognising you when you return to our website and helping our team to understand which sections of the website you find most interesting and useful.

Strictly Necessary Cookie should be enabled at all times so that we can save your preferences for cookie settings.

If you disable this cookie, we will not be able to save your preferences. This means that every time you visit this website you will need to enable or disable cookies again.